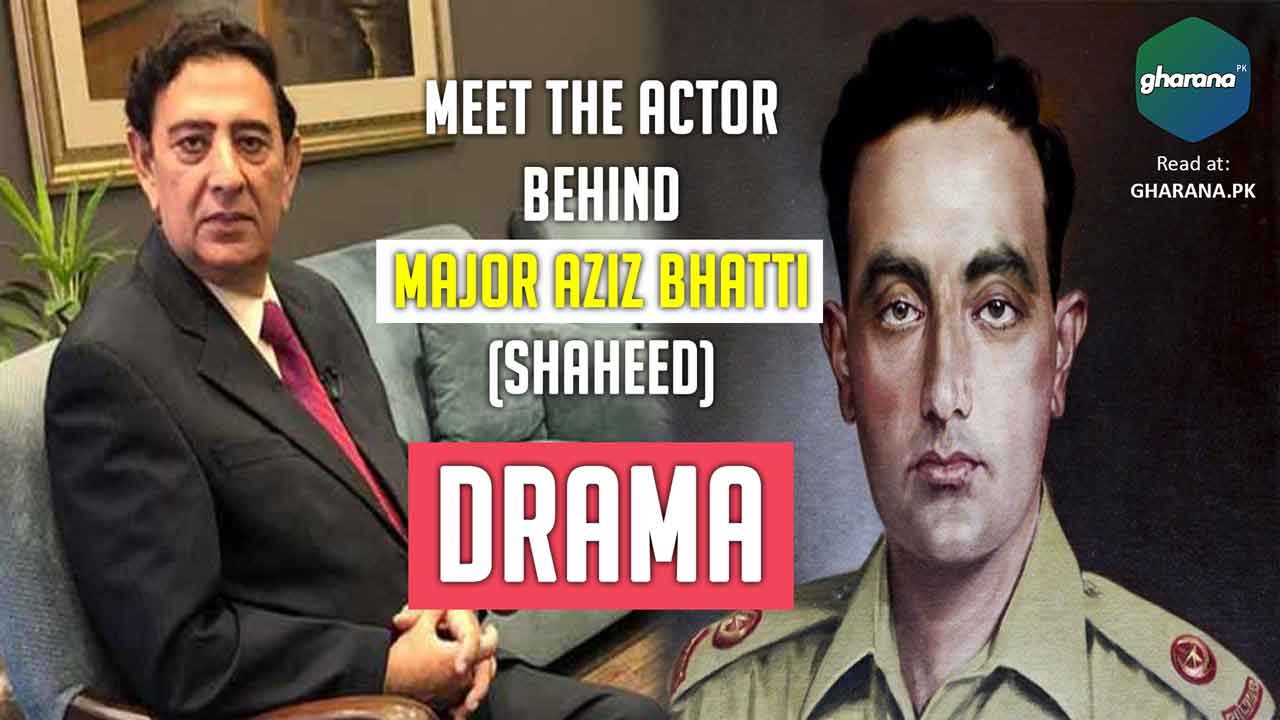 The Pakistani drama industry has changed over the years. If we talk about the dramas of the 1960s and 90s, then the writer and production team come up with real and genuine stories on screens. Also, the Pakistan Army media wing ISPR contributed many dramas to pay tribute to the martyrs of the nation, Major Aziz Bhatti Shaheed Drama is one of them.

Here we are discussing the most popular drama of the ’90s which featured the life of Major Aziz Bhatti Shaheed. Most people assumed that the actor played the role of Major Aziz Bhatti Shaheed was his son. No, he was not his son but a young boy from Lahore played his role. Last week BBC Urdu interviewed him and knew the story behind the making of the historical drama.

The Selection board reviewed the long list of popular names of that time but they wanted to introduce a new face because every popular actor made their name and fame through multiple dramas and the selection board pointed that how the nation will accept them as a Major Aziz Bhatti Shaheed.

On the other hand, a young handsome 24 years man was enjoying his life with unfamiliar with all these things.

The soft-spoken and cheerful young man is Nasir Sherazi, who was an employee of PTV after completion of his degree in journalism. When the selection board could not see any suitable face from anywhere, then General Manager of PTV met the Nasir Sherazi. The GM of Pakistan Television Lahore Center sees that similar form and stature of Major Aziz Bhatti Shaheed in Nasir Sherazi’s face.

In earlier Nasir Sherazi apologized to play a role in any drama but when he knew that he will be selected to play the role of Major Aziz Bhatti Shaheed (Nishan Haider) then he agreed.

Mr. Sherazi told BBC that he left the PTV many years ago. But, when drama training and shooting started he resigned from his job to completed the drama.

According to Nasir Sherazi, the best and uniqueness of the drama was;

All the scripts contained actual dialogues and phrases which had uttered by Major Aziz Bhatti himself in his life.

To more explaining the drama and role Mr. Sherazi added that To adopt genuine expression and style, he interviewed more than 200 people. After that, he knew the life and personality of Major Aziz Bhatti from these peoples which were closely related to him.

Talking about the money he received by his role, Mr. Sherazi told that not only he but also the whole production team never discussed the money. But if he was given to crore of rupees, it would be nothing than the purpose of making this drama. Even today, people give respect and honor him and it will be more than money.

10 Years in Completion of the Project

The drama completed in ten years because of many issues and difficulties. Especially the Indian government staged a formal protest against the drama as a result drama plan put on hold.

This article was originally published at BBC Urdu.