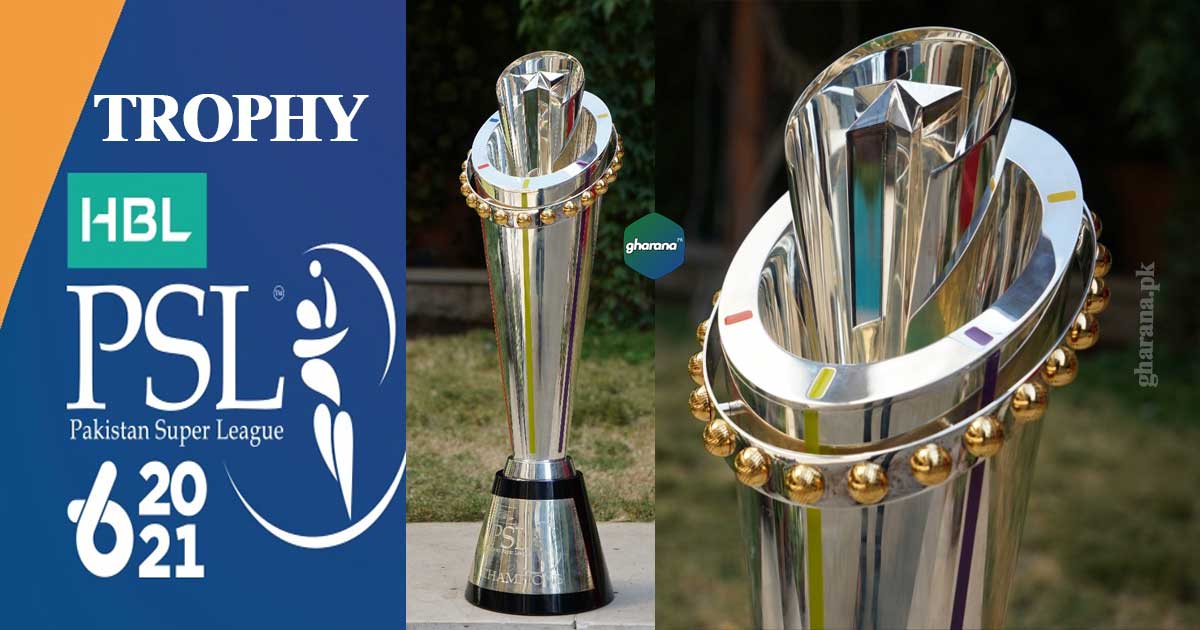 Just hours before the start of the sixth edition of the league, the Pakistan Cricket Board unveiled the trophy and released pictures of it.

Pictures of the Pakistan Super League 2021 trophy have been released on the PCB and the league’s Twitter account. However, unlike last year, the unveiling ceremony was not held this year.

If the trophy is carefully examined, it is very similar to the trophy of the fifth edition of the league.

You can download HD photos of PSL trophy 2021 from the official twitter/fb handle and PSL official website.

It should be noted that last year the Pakistan Super League trophy was made by the British company on which a moon and a triangle star is representing Pakistan and this trophy is also very similar to it.

The kit colors of all six teams are also prominent on the trophy and the color lines of their kits have also been added to the trophy.

As the logo of the Pakistan Cricket Board, the star is prominent on the trophy.

The people have expressed their desire to win the trophy of their favorite team by awarding the trophy with a certificate of liking.

The opening match of the sixth edition of the Pakistan Super League will be played today between defending champions Karachi Kings and Quetta Gladiators.

Due to Coronavirus, 34 matches of the league will be played in Karachi and Lahore.

The first 20 matches will be hosted by the National Stadium in Karachi, while the remaining 14 matches, including the play-off and final, will be played at the Gaddafi Stadium in Lahore.