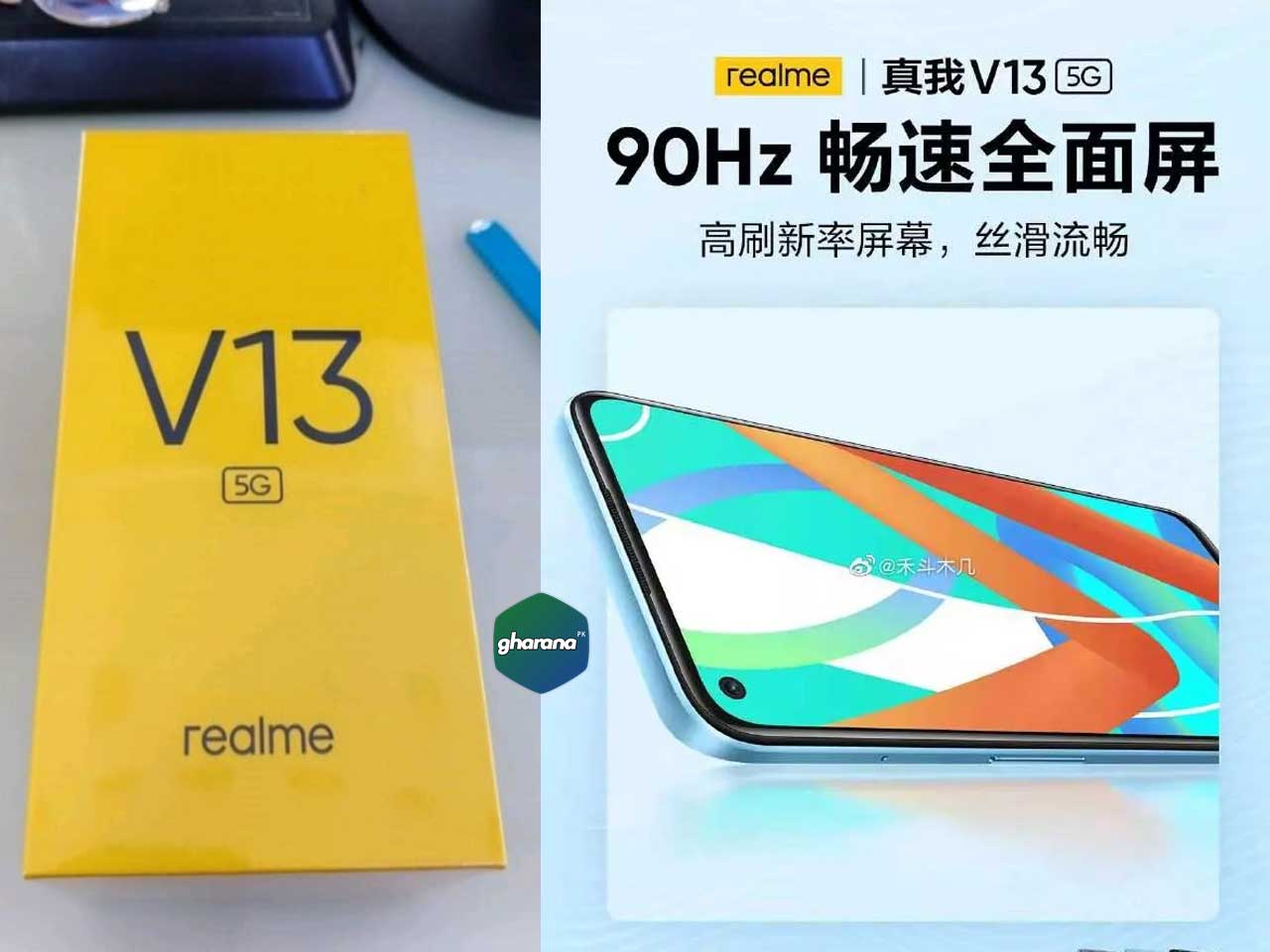 RealMe GT Neo will be officially launched in China on March 31 and other new RealMe devices will be introduced on the same day.

However, before March 31, details of the features of RealMe’s mid-range Smart V13 5G have been leaked.

The official poster of RealMe V13 5G was unveiled last week which revealed various details of this new smartphone.

The smartphone will be equipped with a 90 Hz display, 5000 mAh battery, 256 GB storage, and will also include the 5G support system as its name implies.

The poster also confirmed some of the V13’s design details, including a punch-hole front camera, a square-shaped main camera with three lenses, and a fingerprint sensor on one side.

The RealMe V13 5G will be available in black and blue.

Now the pictures of RealMe that have been leaked are similar to the official poster.

The details of the V13 were allegedly leaked via a teaser image shared on the Chinese social networking site Weibo, which was later shared by some users on Twitter.

The report says that the V13 5G will have a 6.52-inch screen and a 48-megapixel triple camera system.

At the same time, an 18-watt fast charger will be available to support the 5000 mAh battery of this mid-range phone from RealMe.

The Phone will have two variants of storage capacity 128GB and 256GB but both will have the same Ram 8GB.

The expected price will be around 42 Thousand in Pak Rupees.