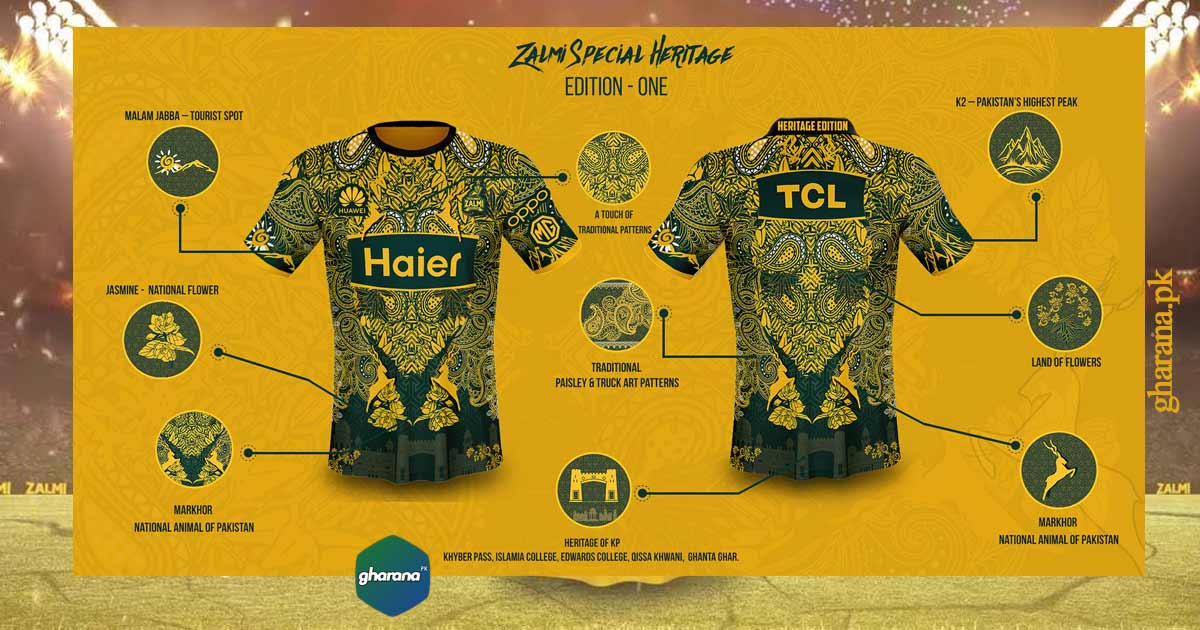 Pakistan Super League (PSL) franchise Peshawar Zalmi has posted pictures of some of Khyber Pakhtunkhwa’s historic sites on its training kit for the sixth season of the Super League this year.

Most of these places are located in Peshawar including tourist destination of Swat.

The Peshawar Zalmi administration says the images are intended to introduce the province’s historic sites to the world.

Islamia College is one of the historical educational institutions of Pakistan. It was founded in the 1900s by Sahibzada Abdul Qayyum, former chief minister of Khyber Pakhtunkhwa province, and George Ross Kapel, a former British military officer and chief commissioner.

It was initially known as Darul Uloom Islamia, which was built as an Aligarh-style seminary. It is considered one of the most beautiful buildings in Peshawar.

The college was given the status of a university in 2008, which now offers degree courses in various fields.

Earlier, women were not admitted to this college but now a separate section for women has been created in the college including the university. Before university status, the college was run under the University of Peshawar. Many well-known personalities of the country have graduated from this college.

The Ghanta Ghar is the main square of Peshawar, which is always crowded. In the center of the Ghanta Ghar is a tower, originally called The Cunningham Clock Tower, built-in 1900 by George Cunningham, the governor of the same province, in connection with the Diamond Jubilee celebrations of the British Crown.

The tower also houses a plaque commemorating 200 people who fought World War II. Ghanta Ghar is one of the popular tourist destinations of Peshawar and tourists must visit this place on their visit to Peshawar. The clock on the tower still tells the exact time, decades later.

One of the masterpieces of the Mughal period is Edwards College in Peshawar, founded in 1900 by the Church Mission Society.

Initially, the college was affiliated with the Punjab University, but in 1950 the college annexed it to the University of Peshawar.

Peshawar residents say pictures of these places on Zalmi’s kit will introduce the ancient city to the world. “It is a good effort to promote tourism in this city and this province as much as possible,”.

According to another citizen, ‘There are many historical places in Peshawar that people do not know about. The tourism department, including the government, should work harder to promote tourism in the province.

Peshawar Zalmi captain Wahab Riaz said of the photos on the Zalmi kit, “It’s a great move because there will be many places in the kit whose names many will not know.”

He added: “People who don’t know about these tourist destinations will find out. Peshawar Zalmi has made the best Kit this year in the last six years, which will introduce Pakistan’s culture and Pakistan’s heritage to the world.