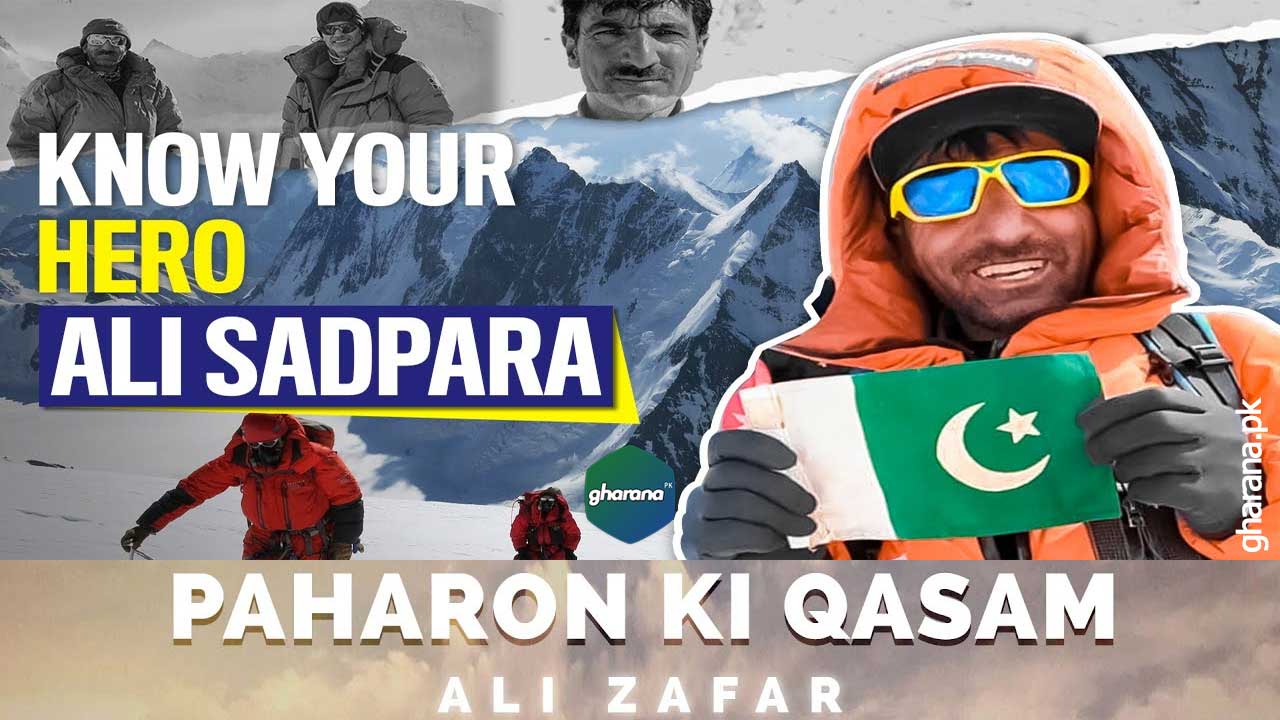 Singer Ali Zafar has shared a song on his YouTube channel to pay homage to Ali Sadpara.

Ali Zafar was highly appreciated and liked by his fans and Ali Sadpara fans.

It is worth mentioning here that Ali Sadpara is missing in an accident while trying to climb the world’s highest mountain K2 in Pakistan and has not been found yet.

According to experts, it is impossible to survive Ali Sadpara and his survival will be no less than a miracle.

A video of Ali Sadpara is also going viral on social media in which Ali Sadpara himself is humming this song lyrics,

This video of Ali Zafar mostly includes the moments of success of Ali Sadpara and the beautiful moments of his life.

It may be recalled that a few days ago, when the PCB released the official song of Pakistan Super League Season 6, Ali Zafar’s fans disliked him for not including Ali Zafar’s voice and Ali Zafar was the top trend on social media for several hours.

People on social media were sharing funny memes and comments about PSL song 2021 at the time PCB released the official anthem. While many people disliked the song, also it was appreciated by many peoples including artists from the showbiz industry including Mahira Khan.

Ali Zafar had also released a special song on the occasion of Sindhi Cultural Day a few months back which remained a top trend on YouTube for several weeks.