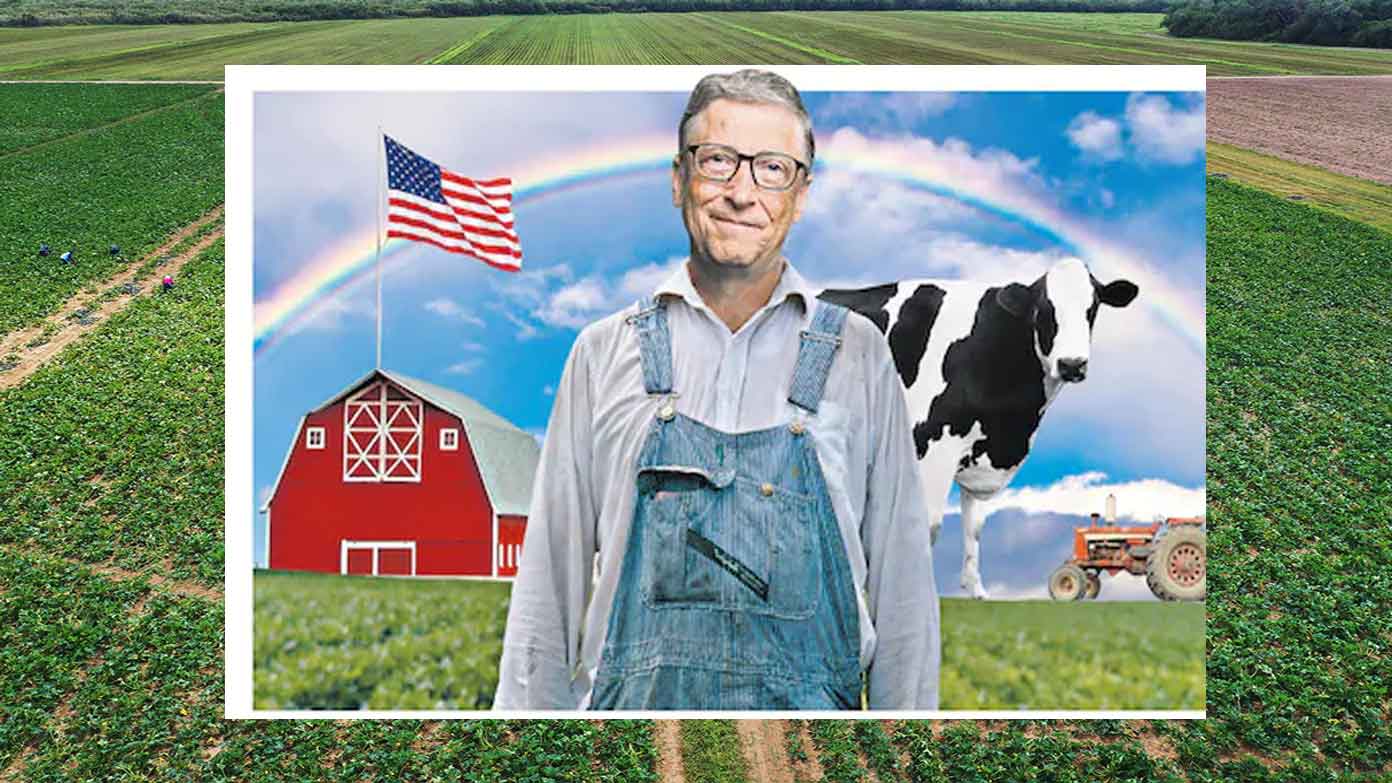 Bill Gates has become the largest landowner in the United States by buying large areas of land. According to The Land Report, Bill Gates owns more than 242,000 acres of farmland, valued at more than 69 million dollars.

Bill Gates is currently the fourth richest man in the world and according to the financial magazine Forbes, his assets are worth 129.2 billion US dollars, so obviously, the amount spent on land is like salt in the flour of his assets.

Why is Bill Gates Buying Farmland in USA?

“The agricultural sector is very important,” Gates said in a question-and-answer session on Reddit two days ago. With more fertile seeds, we can prevent deforestation and help Africa to tackle its environmental problems. ”

Commenting on this in the British newspaper The Guardian, Nick East, a native of the United States, wrote: “A white man has more agricultural land than any of my tribes.”

“The earth is power, the earth is wealth, and the earth is about race and class,” Estes added. “Buying land has to do with the colonial era and white supremacy,” he says.

He added: “In this country, black slave laborers amassed American wealth on the backs of their natives’ stolen lands.”

Bill Gates is known for his philanthropic work through the Bill & Melinda Gates Foundation. He has dedicated most of his fortune to research. Bill Gates said in 2018 that his foundation has donated 45.5 billion US dollars so far. He also promised to donate billions of dollars to fight the coronavirus epidemic.

Even so, owning one is still beyond the reach of the average person.

Following the outbreak of the coronavirus, a conspiracy theory was developed that Bill Gates may have deliberately spread the virus to control people’s brains by inserting a chip into their bodies under the guise of a vaccine.

Another user, First Pumper, wrote: ‘I’m worried about my children’s future. Before Bill Gates buys all the land, I’ll buy some. ‘

Book Velvet, on the other hand, apparently wrote in support of Gates: ‘Is it better to buy Bill Gates’ land or from Bayer, Nestle or Amazon (like multinational companies)? Maybe Bill Gates. ‘