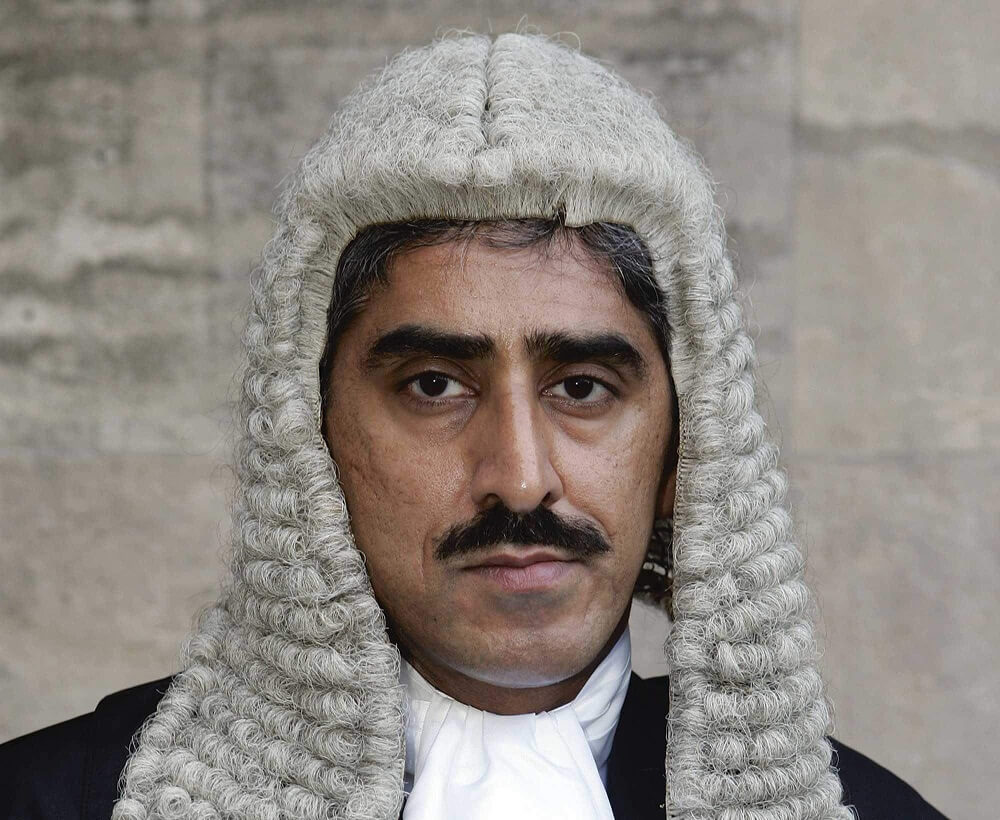 PAKISTANI LAWYER ICJ who is fighting for Pakistan.

Khawar Qureshi who is fighting for Pakistan at the International Court of Justice, is a QC at Serle Court Chambers and McNair Chambers Qatar.

According to his website, Khawar was called to the Bar (Queen Mother’s Scholar, Middle Temple) in 1990 and took Silk in 2006. In 1993 he was the youngest advocate to have appeared in the International Court of Justice. He has taught Commercial law at Cambridge University, Public International law at Kings London and was appointed a Visiting professor in Commercial Law at the University of London in 2006. He was appointed a Deputy High Court Judge in 2013 and is a bencher of Middle Temple.

“He delivers the goods, and is particularly good at difficult cases. He is part of the team and very flexible. As such he’s completely what the modern barrister should be like.” Chambers & Partners 2014

Khawar has consistently been recognised by the legal directories as one of the leading advocates in commercial litigation, international arbitration, public international law, administrative and constitutional law.

Khawar has made extensive appearances in the English Court at all levels, and in many international arbitration/commercial matters for and against more than 60 governments. He was an “A” Panel UK Government Treasury Counsel from 1999-2006. Khawar has been Chairman of TheCityUK Legal Services group which is designated by the UK Ministry of Justice as the lead organisation to promote UK legal services internationally.