Nokia just brought brought back one of the most — if not the most — legendary mobile phone ever from its long, long retirement. Say hello to the New Nokia 3310! 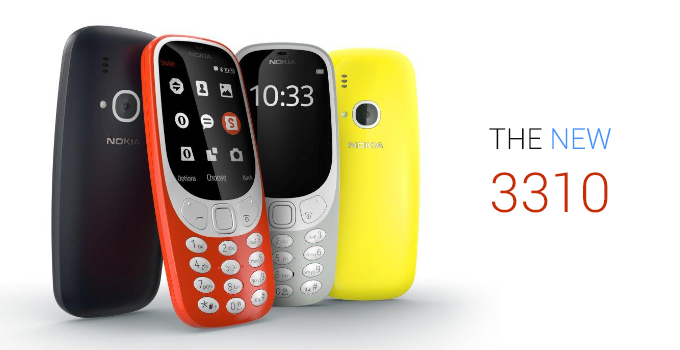 It’s truly a modern classic reborn, as the company puts it, in the most literal way imaginable. The new 3310 is a lot like its predecessor, in that it boasts incredible battery life (22 hours of talk time and a month of stand-by), and it also plays Snake! The version of the legendary game that comes pre-loaded on the device is not a carbon copy of the original, however, so keep this in mind if you’re planning on buying the new 3310 just for it.

The new Nokia 3310 looks a lot like its grandfather and sports a similar egg-shaped design with an almost identical keypad below the screen. It also offers nothing in the way of Wi-Fi connectivity, GPS, apps, or any other “smart” features that we’ve become used to in the past decade or so. It has a 2MP camera on the back though!

The new Nokia 3310 will be available in four colors — Warm Red, Yellow (both with gloss finish), and Dark Blue and Gray (with matte finish) — and will be available globally in Q2 of this year starting at €49 (Rs 5500 (approx) in Pakistan.

The Finnish start-up has partnered with Foxconn to help manufacture the device.

Nokia’s original 3310 sold over 100 million units, according to CCS Insight analyst Ben Wood, who called the phone a “worldwide phenomenon”. 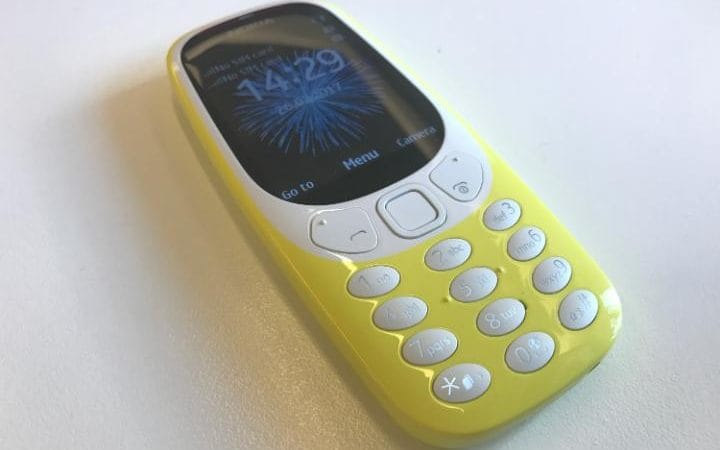 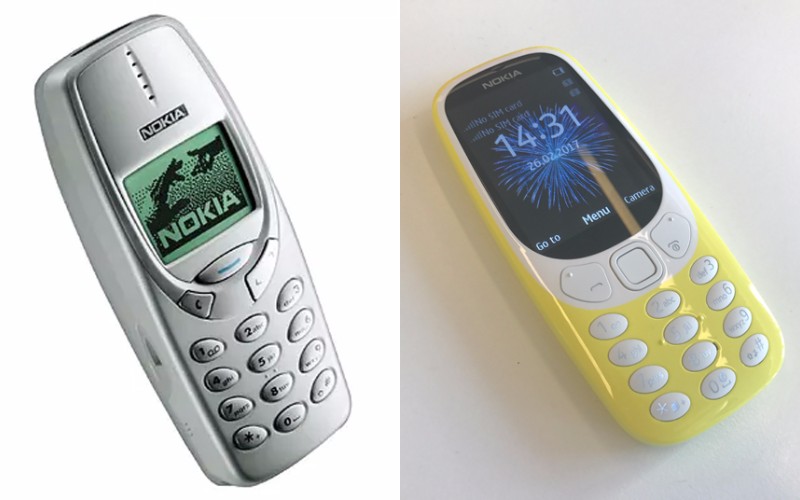 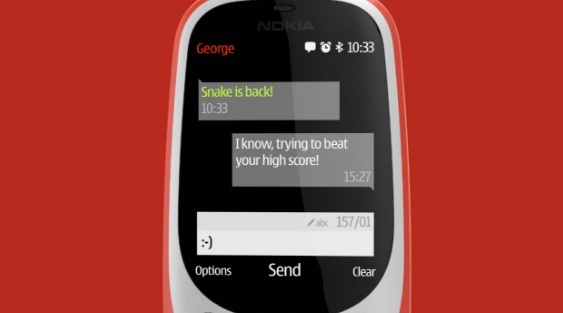 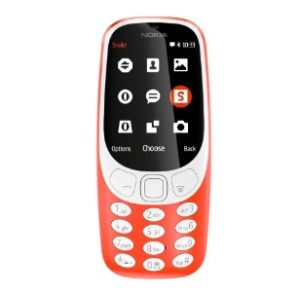