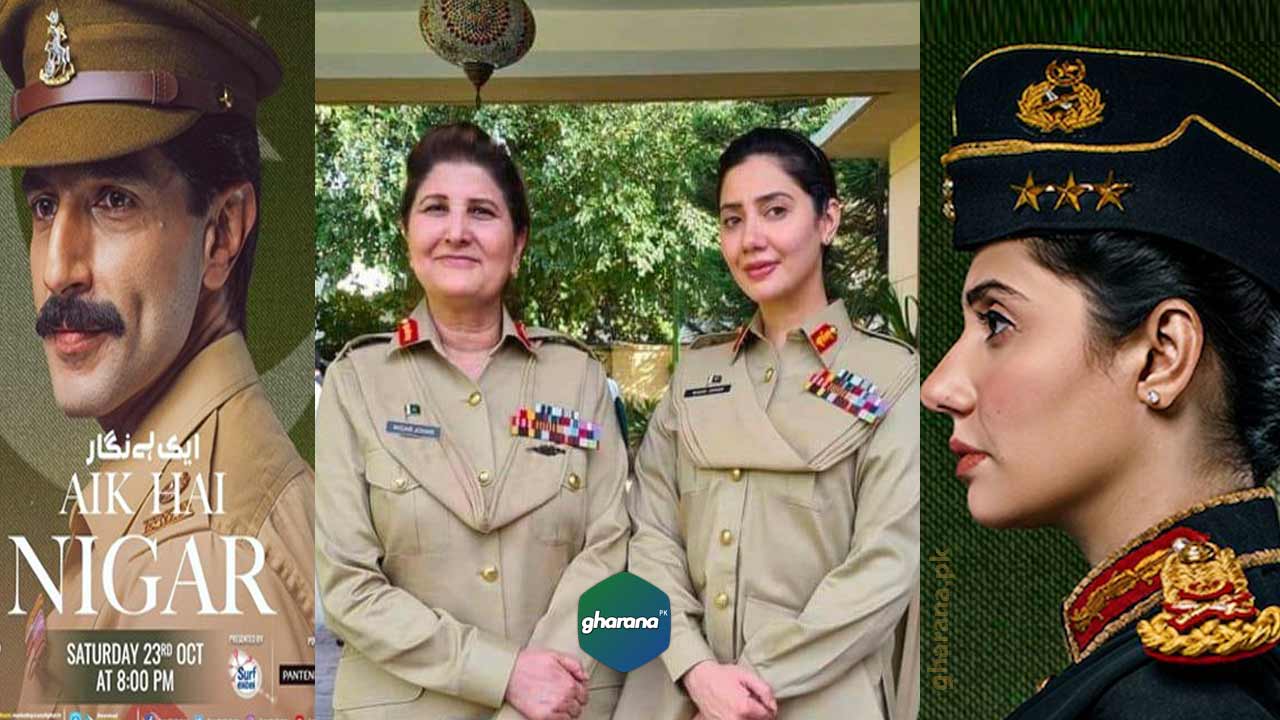 The final official trailer of the short film “Aik Hai Nigar” has been released now. The film is based on the life of the First female lieutenant-general of the Pakistan Army, Nigar Johar.

The official trailer has been released on all social media channels and streaming platforms.

The Mahira Khan is playing the leading role character of Nigar Johar. Mahira Khan shared the post of the trailer on her official social handle and wrote that she is very grateful to the universe for the amazing film and leading role and experience to be a part of this project.

Also, she is hoping and praying for justifying the work for General Nigar’s life. In addition, she thanked all the producers and personalities of Team Aik hai Nigar.

The film is based on homage Lt. Gen. Nigar Johar about her challenges and difficulties facing her during his life and career.

Gen Nigar Johar rose through the ranks of the Pakistan Army and continues to have a meritorious service. She overcame personal tragedy and societal pressures to break the glass ceiling for all the women of the country. A tribute to one of the biggest symbols of women’s empowerment in Pakistan.

if you ask Gen Nigar Johar about Sir Johar, she will always reply with a smile on her face and tears in her eyes. The man behind this legend of a woman – Johar Ali Khan ♥️🇵🇰

The telefilm will be released this month on 23rd, October 2021.

See the Photo of Mahira Khan and Lt. Gen. Nigar Johar which has been viral on the internet.

The story of the film has been written by renowned writer Umairah Ahmed.